If your husband has told you he wants a divorce, there are a plethora of things going through your mind.

Everything seems uncertain and your world starts to spin. You want to talk to him, but usually, at that point, he’s not wanting to spill his guts, he just wants out and that’s tough.

Let’s walk through it one step at a time, together! 🙂

My Husband Wants a Divorce, I Don’t Know What To Do

If your husband has come to you and told you he wants a divorce, SOMEtimes that can mean that he wants to work things out with you.

If there was no hope of him wanting the marriage, you would have just woken up one morning and all his stuff would’ve been gone. Or he’d leave in the day when you’re out with your friends and you’d not know it.

Usually, people who don’t want to work things out or want to talk about anything, just leave. No explanation, just, “I’m gone”, type of thing. That’s what happened to me.

My ex-husband left a couple of times but one of the times he abandoned us was me just waking up to a note that said, “I still love her. I’m going back to her.” Meaning…his affair.

At that point, there’s no reaching them because they are gone. You can’t work it out, because they are not listening. You can’t talk because they won’t answer the phone. There’s not a whole lot you can do except to try to piece your life back together, which is possible. I’ve done it. 🙂 But it’s tough. I’m not going to lie to you…it’s tough.

If he does just pick up and leave, there’s also still hope. Maybe you guys will have separate time for a while, maybe there’s no affair, and you guys get back together later. Maybe even you get fully divorced and then meet a few years later after everything is cooled off and remarry.

Really, the final death coffin is up to you.

For me, my ex-husband knew my boundaries. I told him that if he ever had kids with someone else, we would never EVER get back together. I didn’t want to have to deal with a life with kids coming and going and having stepfamilies and all that. I’m not saying it’s a bad thing, I know there can be a great blessing in a situation like that, I’m just saying that for me personally, I never wanted to deal with that. It’s a boundary for me. I like things to be simple.

I don’t know that I could treat his kids from another marriage kindly and really be their mom. I would have resentment in my heart toward them and treat our kids better than his other kids. It would be a place of sin in my own life, not treating others how God would want me to and so for me, it’s just something that was a final straw.

My ex-husband DID end up having kids with multiple women along the way and the divorce was finalized and so it was over. There was no hope there. Really, you are the only one that can determine if there is still hope there or not.

Even if your husband has a physical affair with someone, the Bible DOES condone divorce in such cases (sex = marriage in God’s eyes; see Adam and Eve – there was no Pastor to marry them. No paper certificate and yet they were married).

However, the Bible doesn’t COMMAND you to get a divorce if there is an affair. God doesn’t say, “Okay, well he had an affair so you HAVE to divorce.” You don’t. It’s completely, 100% up to you. Don’t let anyone tell you it’s not. It’s YOUR decision and you answer ONLY to God for that decision.

In such a case like this, there is no right and wrong.

Legalists will try to INSERT a command here. They will try to say you’re more Biblical if you take him back. But I did that and for me, it was a mistake. We just played ring around the rosies and he cheated many more times, all before the divorce was final.

Does that mean what happened to me, will happen to you?

The same goes with him abandoning you. Once he’s abandoned you, you do not have to take him back either. You can, or you don’t have to. It’s up to you, but let’s say, he just leaves your family and there’s no affair. He just leaves.

Same thing here. He leaves and/or he has an affair. Either way, you are free to do as you please.

How MUCH time he’s left is also up to you and I think it’s a heart matter.

If he moves out and wants to come back, it’s totally your call. There’s no right and wrong here in this situation. It’s just a matter of your heart and what you want to do before the Lord.

God’s Word and Being Educated

If at all possible, if he is still living with you and he’s not had a PHYSICAL affair, you should do absolutely everything in your power to remain together. Would he consider going to couple’s counseling? Is he open to trying to make it work?

Generally, men who want to divorce, are looking for something to change. Does the situation need to change? Are you guys always fighting about finances? Like, what’s the problem he’s having? If you’re able to determine it, it’s possible that you can save your marriage and work things out.

Sometimes I hear women say they are so sick of the fighting and just want to get divorced. They think that they will have peace if they are divorced. I can tell you from experience, that’s never the case. While you may very well get peace in one way, you’ll have problems in another area.

Them making your life miserable.

HIM making your life miserable.

No one to help you around the house, making your life suddenly harder.

No one to help with the kids.

Loneliness. If you thought you were lonely before, after the divorce, you’ll be even MORE lonely and that leads to temptation and sin – sleeping with someone else outside of marriage or living with another man, which leads to sleeping with him.

If you and your husband fight, you’ll STILL fight after the divorce, it’ll just usually get UGLIER. Less frequent, but still fighting.

You don’t get out of all the problems you’re facing now and if you do, you are just trading them for a new set of problems.

Life is never problem-free. If it were, we wouldn’t need Heaven.

So decide your boundaries. Decide what you want to do, and PRAY a LOT (!!) for God to lead you and guide you in this troublesome time.

Try to get to the root of things

WHY does he want to divorce?

What does he want to be changed?

Be completely open to talk and ONLY listen.

If he decides to tell you why he wants a divorce, you should not try to solve the problem that day. You should focus ONLY on LISTENING to him.

He needs to know that you care enough to listen to what he has to say. So listen intently.

Ask him to give you a couple of days to really process through this. Ask him if he’s willing to work things out with you. But listening to him is the first step.

Listen to him with an open mind, that’s super key too. He needs to feel like you want to make him happy and that you care about him. That you’re not throwing in the towel if you want to save your marriage, because if YOU throw in the towel, he will most likely throw it in for sure!

If you’ve tried to work everything out with him and he just refuses, the absolute best advice I can give you is to keep everything 100% amiable.

Not only for the sake of the kids, you don’t want to make them feel like they have to choose (hint: they love you BOTH!) but also because if you are NOT polite and amiable, you WILL 5,000% open up a can of worms that may never die.

With how you’re feeling, that’s gonna take a really good muzzle. You really have to bite your tongue so many times and just let things slide. After he’s gone, you’re not a part of his decisions anymore and you have to accept that, even though it’s hard. There’s nothing tying him to you and he won’t generally care what you think anymore like he once did. He won’t listen to you.

Your relationship changes and you’re no longer accountable to each other, you are acquaintances.

It’s not an easy situation to tread through at all. It’s rough. But through Christ, you can still walk with the Lord, pleasing to Him as a Christian.

Some Don’ts To Consider

Don’t argue with your husband.

Don’t try to convince him of anything.

Don’t try to get your way.

Don’t use the kids against him.

If you are a Christian, God provides for our needs! That doesn’t mean that you don’t take care of things or find employment, it just means, don’t stress over it and worry yourself to death about it. God knows your needs.

None of this is easy and I get that. But you CAN get through this. However it works out, God has a plan for your life, a plan you do not fully comprehend yet and He uses ALL things, good AND bad for your good. Just remember that. <3 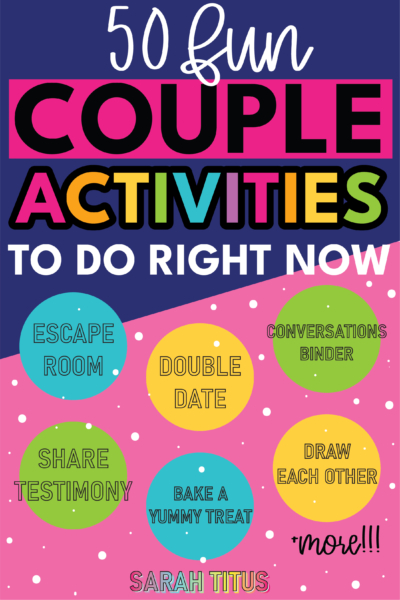 50 Couples Activities To Do Right Now

When will I get a break? When will something good happen to me? 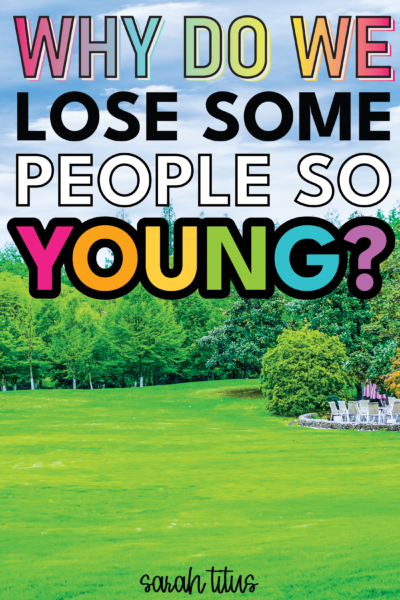 Why Do We Lose Some People So Young? 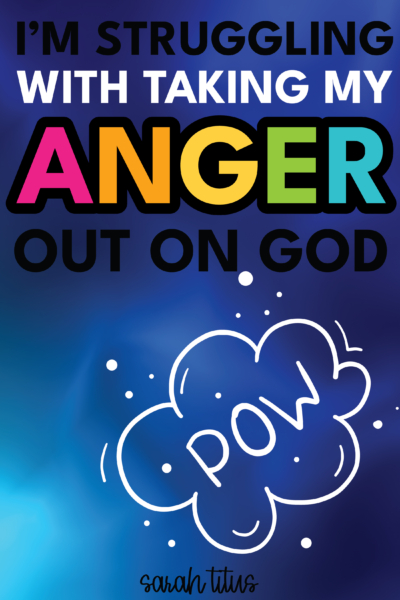 I’m Struggling With Taking My Anger Out With God 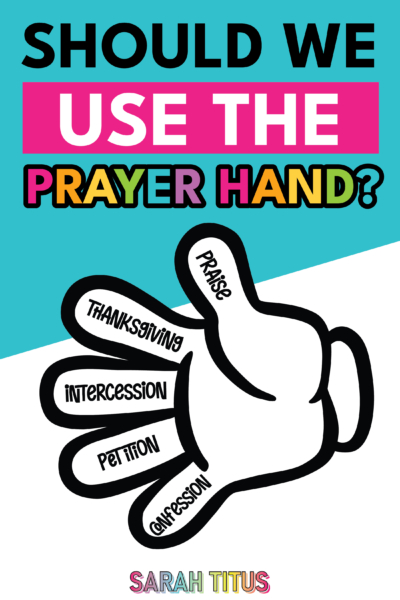 How to Date Your Spouse Even After Kids

My Friend is Cutting and Idk How to Help Them