Do you look around at others in your church and see them celebrating Santa and wonder if it’s okay for you to do the same?

Maybe you already celebrate Santa and are wondering if, because of your newfound awareness, if it’s still okay to celebrate this character at Christmastime.

Let’s dive into the Word of God to find out, should Christians celebrate Santa?

The very first thing I want to say is that the word Santa or a likening of this character is NOT in the Bible.

Nowhere in Scripture is Santa named.

Therefore, we must do more digging into the Word of God to determine how to live godly lives.

There may be some who have not read the entire Bible yet and more than that, no one who remembers ALL of it. There are others who are newer Christians. Some just don’t honestly know. I want to make it very clear that we cannot judge anyone else and their actions. Whether they do or don’t, we cannot judge.

Because it isn’t a command in the Bible, so it’s up to our own consciences before the Lord. The same kind of thing applies to the Sabbath day. Some take a day off and dedicate that day to the Lord, others dedicate ALL their days to the Lord and don’t need one day to remind them to do so, yet others, don’t take the day off at all, and some take it off but don’t dedicate the day to the Lord.

It’s all according to their own consciences before the Lord and should be prayed about to determine what He wants YOU to do. Same thing here with celebrating Santa.

For our family, I’ll let you know that we have not celebrated Santa. But that does not mean that it’s wrong or sinful. It has to be a family decision.

So if the husband, for example, wants to celebrate it and the wife doesn’t, then she should submit to his authority in the home and celebrate it, because it is not a case of clear sin. Definitely make your requests and opinions be made known to him, but ultimately, if you are married, he has the final say in this matter as a family.

If you still feel uneasy about it, pray! That is your best defense. Pray to God that if God so wills it, that GOD and God alone, change your husband’s mind and leave it alone. Let GOD do it if He wants to. Do not try to control or manipulate the situation.

Ready to dive into Scripture?…

There ARE some great verses that can help us determine if we should or shouldn’t though and that’s what I want to discuss today. 😊

1 Corinthians 8:4-13 talks about eating meat offered to an idol. In the church, they were torn between the two ideas. One wanted to eat the meat, saying that the idol is nothing so it’s not important. The other people were saying that it’s offered to an idol. Since God is a jealous God, He wouldn’t want us to eat that meat. It was used for bad purposes.

The point Paul was trying to make in that passage is unity. On things that are not clearly defined in Scripture, it’s not a hill for us to die on, meaning, we should not judge others, just live your life according to your own conscience. Do not look down on others whatever they choose.

I’ll give you a perfect example of this in today’s time.

One of my good friends has a vineyard. She sells wine. I do not drink, nor have I ever drank. It’s just not something I wanted to do because it, in my opinion, it makes people fools when they are drunk.

But the Bible does not say do not drink. It says do not get drunk (Ephesians 5:18). And there IS a difference and it’s up to each person.

One person may get drunk after one glass of wine, others could have 6 glasses of wine and not be drunk. It really just depends on the person.

Is my friend wrong for drinking wine?

Is she wrong for SELLING wine, knowing that some people WILL get drunk?

No. We cannot control other people. We should use our best discretion of course, and not lead others into sin, but she’s not going around pushing people to get drunk.

She is, one of THE most godly women you can meet. She’s not doing anything wrong according to her conscience.

Can me and her be friends even though we disagree on this matter (I do not drink; she does)?

Absolutely! And that’s the point. We are to live in unity (Psalm 133:1). Jesus says, he who is blameless, cast the first stone when an adulterous woman is caught (John 8:7). The point is that we all fail, we all sin, we all mess up, no one is perfect.

Is that to be used as an excuse? No way!

The Bible also says to do what is right according to our consciences and do not take liberty for granted (Galatians 5:13). Do not manipulate your rights.

If it causes another brother to stumble, maybe you want to drink a glass of wine and your brother is a recovering alcoholic, do not drink in front of him. Of course. We don’t want to lead others to sin (Romans 14:13).

The same is true in the case of celebrating Santa. If I go to someone’s house for Christmas from the church and they celebrate him, it’s not really my place to tell them not to in some legalistic, judgemental way. Likewise, if I DON’T celebrate it, they shouldn’t try to force their opinions on me.

God gives us freedom and it’s about the heart more than anything.

We should live in unity, not causing a brother to stumble, and deciding for ourselves and for our family’s what is right for us.

The second thing to consider is that it does say in the Bible not to lie (Exodus 20:16; Deuteronomy 5:20). It’s in the Ten Commandments. Very basic principle here. Is telling your kids Santa sees you when you’re sleeping, accurate?

To me, I felt it was a lie and based on that fact alone, I don’t celebrate it. BUT, I don’t condemn anyone else who does celebrate it. In fact, I have Santa printables on my site, only further proving that it’s not something to die for. It’s up to each person’s heart.

If not, then celebrate it in confidence that it’s okay.

If you feel guilt, then don’t celebrate it, but don’t judge others who DO celebrate it. Same with the Easter bunny or other worldly things.

Which brings me to the next point. Santa is a worldly thing. The Bible says to live in the world but not be conformed to it (Romans 12:2). Is your celebrating Santa conforming you to the world? Are you walking in the spirit or are you a worldly Christian. If you are conformed to the world because it feeds into it, don’t do it. If you’re not, you’re free to do it. But only YOU will know if it is or not! Again, no one can judge.

Make a decision for yourself, what is best for your children and your family and whatever you decide, know that God is looking at your heart. It matters far more to Him that your desire is to please Him and obey Him, rather than whatever decision you actually come to!

So, should Christians celebrate Santa?

It’s up to each individual Christian what they want to do. No one can judge them either way. Find peace today in that. There are far more important things to stand up for, this is not one of them. 🥰

Want to share this message with kids in your VBS class/Sunday school or friends at church?

Send them this fun, kid-friendly printables pack that discusses this topic and makes it fun to learn about whether or not we should celebrate Santa. You can pick it up in the shop absolutely FREE by clicking below. 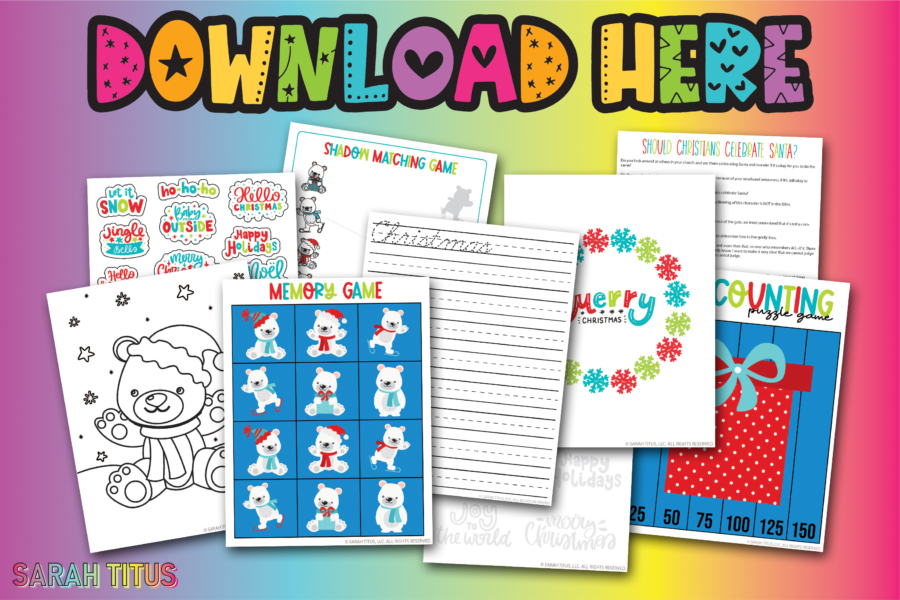 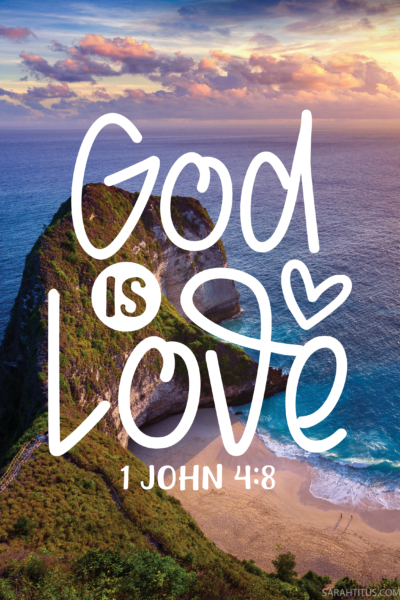 How to Be Peaceful and Joyful in An Angry, Unhappy World

She is Rooted Hand Lettering Worksheet for iPad

He Forgot My Birthday And I Feel So Hurt

8 Habits Of People With Well-Behaved Kids